Whether you operate a small business or manage a large enterprise, digital technology is essential in improving your business infrastructure. Digital technology enhances service delivery and is crucial to business continuity.

Without the adoption of new technology, businesses risk falling behind.

However, this new digital landscape also introduces businesses to new types of exploitation. The calibre of cyber threats continues to rise. All trades, from new companies to enterprises, can incur damage due to data breaches and other attack vectors.

Taking a cue from the most significant cybersecurity conference in Abu Dhabi, CyberWeek, we examine the biggest cybersecurity threats facing businesses in the new decade.

A type of file-encrypting malware, ransomware is a prominent threat to businesses of any size. As the name implies, a ransomware attack prevents users from accessing their data until a ransom payment is arranged.

Extortion demands are typically paid out inexpensive cryptocurrencies like Bitcoin to avoid detection.

In 2018, there were an estimated 204 million ransomware attacks with damage costs exceeding $8 billion. And with predictions that businesses will be attacked by ransomware every 14 seconds, the global damage costs will reach $11.5 billion by the end of 2019.

No business is immune to ransomware. Every security system has entry points that can be corrupted and subsequently exploited by malware and virus software.

A standard method used by malicious cyber actors to distribute ransomware is to send an urgent email attachment like an invoice to the accounts payable department.

Other methods to disguise ransomware include sending messages with file attachments and “malvertising” or popups with malicious links that unleash the malware to your network.

Several high-profile ransomware attacks in most recent years include:

Similar to ransomware, phishing is another type of malware that disguises itself through deceptive emails and instant or text messages to infiltrate a company’s network.

The malicious actor acts as a trusted entity such as a bank or a company to gain a foothold inside a corporate or governmental network.

Once inside, the phishing attack can have devastating results. Gaining privileged access to secured data can force companies to succumb to severe financial losses. It can also result in a declining reputation and consumer trust, all of which can be difficult to recover from.

Phishing attacks are some of the oldest fraudulent attempts to obtain sensitive information. The first phishing email originated in the mid-to-late 1990s. Since then, phishing has become more increasingly sophisticated.

Malicious actors today use phishing as a part of a more massive attack. Often, phishing is used in conjunction with ransomware or as part of an advanced persistent threat (intruders that establish a long-term presence in a network to mine highly sensitive data) event.

Gaining prominence in recent years thanks to attacks on Dyn, a major Domain Name Server (DNS) provider, and GitHub, a developer platform, Distributed Denial of Service (DDoS) can severely overwhelm a company and its surrounding infrastructure or servers.

DDoS works by disrupting normal server traffic with a flood of Internet traffic.

Think of DDoS as a traffic jam, clogging up a server’s “highways” with more incoming traffic than it can accommodate.

This flood of incoming traffic can vary but typically includes:

● Consuming the network or server’s bandwidth

● Sending a flood of fake internet packets like TCP or UDP

And because it can be difficult to distinguish between legitimate traffic and DDoS attack traffic, this can crash a company’s website or render its services inoperable.

The primary way a DDoS attack infects a targeted server is through infecting the network with malware. Each infected device in that network is called a bot. Once a network of computers has become remotely controlled, they form what is known as a botnet.

A botnet can attempt to self-propagate, recruiting other hardware devices. After a botnet is established, malicious actors can target different components, overwhelming a network with traffic.

The rising demand for connectivity of “things” has created a significant market for IoT technologies. With industries like healthcare and agriculture, turning to IoT devices to optimize labour and asset usage, the number of security risks has increased dramatically.

A weak or easily guessed password can severely threaten a company as much as any type of malware or virus. Using easy-to-guess passwords across multiple accounts or networks can disrupt your business, leading to vital information or proprietary data falling into the wrong hands.

The brute force method uses a computer program to generate likely passwords, starting with easily guessed passwords and moving onto variations of usernames.

A dictionary attack cycles through a list of common words, trying possibilities that include usernames with numbers to try and gain access.

Social engineering attacks like phishing is another method that hackers use to capture a user’s credentials.

Small businesses are typically the most at risk for password attacks. This is due to an overall lack of awareness of just how much damage can be caused by a weak password.

What must businesses do?

Loss due to cybersecurity exploitation is more than monetary. Reputational damage is a significant loss that many businesses fail to recover from.

Cybersecurity events like the Hack in the Box conference in Abu Dhabi enable businesses to get hands-on demos of new network security technologies as well as field questions from some of the most respected security experts in the computer security industry.

Aside from these platforms, businesses can prevent persistent cyberattacks by continuously monitoring their systems for any unusual activity.

This limits malicious activity and discourages data leaks from occurring, which is crucial to protecting sensitive data and ensures that your business reinforces a security mindset.

Dhillon Andrew Kannabhiran (@l33tdawg on Twitter) is the Founder and Chief Executive Officer of Hack in The Box (http://www.hitb.org), organiser of the HITBSecConf series of network security conferences which has been held annually for over a decade in various countries including Malaysia, The Netherlands and the UAE.

One thought on “5 Cybersecurity Threats Every Business Owner Faces” 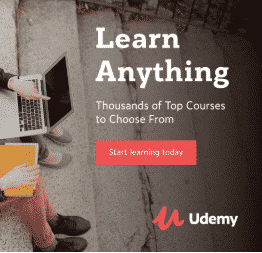 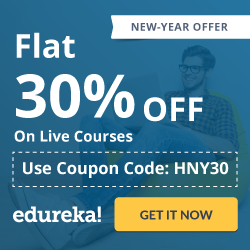